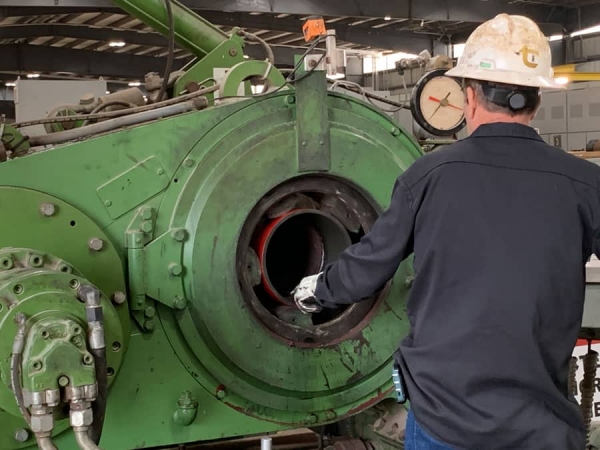 Tex-Isle is a third generation, family owned business proud of our past and dedicated to our future. Founded by Hans Kayem in 1959, as a distributor of oil country tubular goods (OCTG) and line pipe, Tex-Isle has a rich history that embodies the entrepreneurial spirit and the American dream. Established on direct steel mill relationships, we have maintained our focus of being a trusted provider of high quality tubulars and associated services.

Since its inception, Tex-Isle has built strategic relationships with some of the world’s preeminent steel producers. At the time of the company’s founding, we established a partnership with German tubular producer, Phoneix-Rhinerhor AG, which would eventually merge with Mannesmann-Werke AG. This partnership served as the foundation for Tex-Isle to be a leading supplier of oilfield tubulars in North America. The company continued to form additional partnerships with several notable mills, but most importantly with the Japanese companies Sumitomo Metals and Yawata Iron and Steel. Eventually, Yawata Iron and Steel merged with Fuji Steel to form Nippon Steel Corporation. Because of these strong early alliances, Tex-Isle became one of the first American companies to import Japanese steel products for use in the oil and gas industry.Over the ensuing years, relationships were established with domestic and international pipe manufacturers. It was through these relationships, that Tex-Isle thrived as one of the most reliable sources for API OCTG and Line Pipe through the early 2000s.

As the American oil and gas industry slowly reorganized itself around the domestic shale revolution, Tex-Isle was in the midst of its own changes. Recognizing the challenges in the steel distribution business, Tex-Isle embarked on a vertical integration initiative in the late 2000s. Since 2010 Tex-Isle has added multiple manufacturing facilities, an engineering team, and built up its distribution division. Ten years into our Asset Based Distribution® strategy, Tex-Isle continues to expand our capabilities in response to industry needs. These investments represent Tex-Isle’s commitment to our future in both the oil and gas industry and American manufacturing.