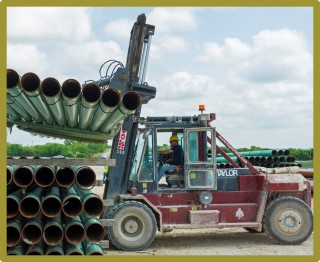 As the economy begins to open back up, the steel market as a whole is attempting to put a floor under prices. In May, many domestic Hot Rolled producers put through not one but two price increases totaling up to $100/ton. The first increase saw some success in bringing up prices, however the second hike has had less sticking power so far. As automotive plants have restarted for the last month or so, demand has started to pick up. Prices for domestic HRC have managed to stay close to, or above $500/ton since the beginning of the month and are on an upward trajectory. Capacity utilization in the U.S. has remained in the low to mid 50% range since May but appears to be moving up as well. USS announced recently their intent to restart production of one blast furnace at Mon Valley, JSW Steel will soon restart their Mingo Junction EAF, and there is talks from both Cleveland Cliffs and Arcelor Mittal of restarting some production to meet increasing demand from the automotive industry. This may result in short term pricing for steel as producers try to balance bringing capacity back on to meet uncertain demand.

In addition to rising demand, steel prices should feel increased price pressure from continued high scrap prices in the U.S., and a recent run up in the price of iron ore. Scrap has eased from its recent high of nearly $340/ton, but still remains high enough to cause pain for domestic steel producers. Iron ore’s recent surge is primed to cause a ripple effect globally. Iron ore futures rose up over 7% last week after Vale S.A., one of the world’s largest miners, was ordered by a Brazilian judge to shut down production at one of its mining complexes due to the large number of Covid-19 cases in the area. This complex represents more than 10% of Vale’s total production. The company is also under government scrutiny after a tailings dam collapsed in early 2019 killing over 250 people. Although Vale has maintained its previous guidance on total iron ore production for the year, the Dalian Commodity Exchange (DCE), has been forced to take measures to strengthen market regulation due to large market swings. This news coupled with the Chinese/Australian trade spat has the potential to push Asian metal prices higher.