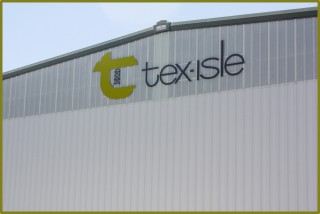 A question players in the steel space need to start asking themselves: Is this market different than previous bull runs? Since 2015 there have been six pricing cycles of varying lengths and amplitude.

Before the current run-up, these cycles had average price increases of $199.48 per ton over a 229-day period. This current pricing run-up stands at an increase of $1,010/ton over a 266-day period. Granted, the supply chain disruptions that have had a major impact on both the trough and the peak are different than before, however market participants have also behaved differently.

We still have yet to see US mill utilization crack the 80% mark. Surging imports have been unable to relieve pricing pressure, and will continue to fight trade restrictions in the near term.  Although we can expect a pullback at some point, the question to ask is: Will domestic steel pricing fall back to its typical $600-$700 per ton range or establish a new higher range? We tend to believe the consolidation seen in the market over the past few years, a more disciplined approach to supply, a reduction of imports, and the looming infrastructure spend should land us at a higher range over the next few years.

The back end of the forward contract for hot rolled coil is currently sitting at $840 a ton, which represents a good starting place for future pricing. This elevated price for semi-finished steel will have a knock-on effect down the supply chain that, short of any dramatic changes in economic conditions or trade policy, will be reflected in the price of finished steel goods.

OCTG shipments were up 44% overall, with imports tallying a 56% increase and domestics increasing by 34%. Last month our projected months of OCTG inventory was 6.92, but after tallying shipments and consumption was 8.79. The continued increase in the rig count has worked this projected number for April back down to 6.87, but that estimate has a modest 10% growth in shipments baked in.

Should mill shipments continue to grow at anywhere near the March levels, a glut of inventory will soon materialize. The continued high pricing of semi-finished steel as noted above puts most mills, particularly ERW mills, underwater unless pipe prices continue to move up. In this situation, we would expect to see seamless mills continue to control the market.

April saw the final completion of site development for the new facility, as well as the beginning of foundation work. Our foundation contractor, Ambrose Construction of Corpus Christi, will start installing drilled piers over the next few weeks before forming and pouring the actual slab. Now that we have a hard start date for our foundation, we can expect to see the building erection start towards the end of June and into July. This puts us on track to begin commissioning in Q4 of 2021.
Tweet
Tex-Isle Steel Market Update, May 2021
Tex-Isle Steel Market Update, March 2021