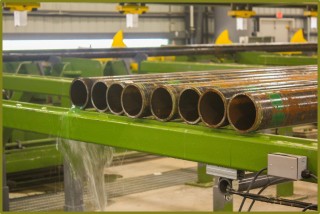 No matter where you look in the steel markets it is tough to find any sign of sustained downward pressure for prices. We thought we might have seen a market peak earlier in the month with the announcement that the European Union and U.S. government were exploring avenues for removing the 232 tariffs for steel.

This resulted in near-term monthly futures contracts limiting down on consecutive days, but it was short-lived. The July contract traded at $1,644 a ton on May 11th before dropping to $1,451 on May 18th, an 11.7% drop, only to reestablish at $1,660 as of May 27th. The lion’s share of the pricing increases we have seen since last August have been driven by the strong automotive market, much of which calls for premium, value-added products like galvanized or cold rolled, which has left little supply available to standard hot rolled buyers.

Import lead times, three to four months, and high prices, $1,480 to $1,510 provide a risky relief valve for some processors but are not enticing enough for consumers to step out and bring in sufficient tons to restock low inventories.

Pipe prices are finally catching up to the drastic increases that have been seen in the coil markets. While the availability for consumers to purchase new seamless, existing inventory, or newer import material has somewhat shielded OCTG consumers from the high price of hot rolled coil, the domestic line pipe market now reflects the current price of coil. Although inventory on the ground still exists for both product markets, price increases should be expected on the OCTG side of the ledger.

Seamless mills are currently enjoying a large spread between scrap, their primary input, and pipe, allowing them to take as much market share as they like. As the rig count continues moving higher, they are close to being in a position of having to justify additional shifts or overtime to meet the demand increases. April import licenses were down from their March level, but are expected to be higher in May.

Domestic shipments for seamless products were around 100k tons in both March and April, while ERW shipments have been flat since January around 25k-30k. Unless imports surge over the next few months, which should be somewhat muted by delivery timeframes and 232 quotas, one has to expect pricing will start to reflect the higher substrate costs in the domestic market.