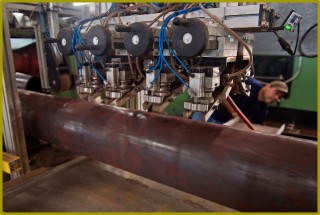 Another month another round of increases in the steel world. Hot Rolled Coil has logged weeks of record-high prices and continues to be pushed up by high demand in most sectors like automotive and construction.

Earlier this month both Nucor and Steel Dynamics experienced unplanned outages which provided more upward pricing pressure. Most steel producers have been operating at full capacity, so it is not surprising that reduced maintenance is resulting in unplanned outages. In addition, starting in September through the end of the year planned outages are amounting to 1.07 – 1.15 million tons of production.

There are signs that the high price may finally face some headwinds, but it will take time for these to take effect. Ford announced this week that it would suspend production at more than half a dozen plants in the mid-west due to the microchip shortage. For the first time this year, we have also heard that service centers have passed some mill offers around $1,750/ton for August. Imported material is taking advantage of the high prices seen in the U.S., which could start to fill the heavily depleted inventories in the country.
A trader representing an Eastern European mill was able to book 45,000 tons of material for September/October arrival. Steel Dynamics is targeting a start date of October for their new Sinton EAF, but will only produce basic material during the first few months of production. This confluence of events throughout the second half of the year points to Q1 2022 being the time that pricing could return to more normalized levels.

The slow but steady uptick in the rig count and tepid shipments have continued to push pipe prices up for both OCTG and Line Pipe. Given the soaring, unrelenting increases in raw materials, this is to be expected, however, the market still belongs to seamless producers.

Domestic ERW mills will need prices to continue pushing up to compete but are probably above water for the first time in months. While imports have also been slowly increasing, they are far below 2019 levels. We have heard around the market that most Korean producers have filled their quotas for the year, so we do not expect to see a wave of imports to bring prices back down.

Should the rig count continue making gains, which we do expect, domestic production will have to increase. ERW mills are producing 25-30% of the OCTG compared to levels seen in January 2021, so ample capacity exists but will require further price increases or a reduction in coil costs.