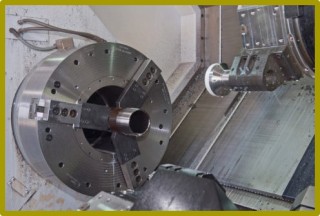 Same story, new month.  A continued lack of spot tonnage availability has pushed hot rolled coil prices above $1,900, with the current prompt month at $1,932/ton.  The forward curve is in severe backwardation for the first half of 2022, before settling in at an average price of $1,216.67/ton in the second half.  Many steel consumers were hesitant to lock in significant contract tons back in September/October of 2021, which has resulted in many buyers scrambling on the spot market.

Strong demand going into contract season will be an opportunity for steel producers to lock in baseload tons at attractive margins before significant new tonnage hits the market in the form of new domestic capacity or imports.  While prices will not retreat to traditional levels, we do see pricing easing starting in the second quarter of next year.  The wildcard in all of this will be the effects of demand drops arising from COVID 19’s resurgence as well as automotive’s continued difficulties with semi-conductor supply chains.

Once the supply and demand balance works itself out, where will HRC prices settle in?  As more than 70% of US steel capacity will be EAF, the next market indicator to keep an eye on will be scrap.  Quite different than the forward curve for HRC, scrap is in slight backwardation from the current prompt month price of $642/ton.  The latter half of the 2022 strip is fixed at $590/ton, only an 8% drop, compared to the 37% drop off seen in the HRC strip.  If scrap remains elevated at those levels, an estimated pricing floor of $900-$1,000/ton makes sense.

A confluence of market effects are taking hold that is making the OCTG and Line Pipe markets more reflective of the overall steel markets.  On the demand side, the rig count has moved above 500 for the first time since April 2020, while the DUC count is below 6,000 for the first time since June 2017.  The slow but steady increase in demand for OCTG and Line Pipe should only perpetuate as operators work to maintain production at its current level of ~11.32 million barrels per day (in July).  EIA’s projections of 11.65 million barrels per day for Jun 2022 would indicate a continued growth in the rig count over the next few quarters.

On the supply side, continued high prices in the steel market and a lack of high import volumes provide further evidence that a price floor is being set in place, with ample room to move even higher.  There was a good 18% surge of OCTG  imports in June, up to 167,000, however they fell back to 144,000 in July.

As most operators look to their 2022 drilling program requirements, we expect overall inventories to dry up through the end of the year with possible replenishment coming early next year.  For the rest of 2021, there are indications that imports will remain sluggish, if not falling precipitously starting in Q4 due to a quota restrictions and other supply chain issues.  In response to this supply and demand outlook, domestic seamless producers are pushing prices to just under ERW manufacturers break even pricing, as indicated most recently by Tenaris’s $350/ton price increase.

At some point, domestic ERW producers will step into the role of swing supplier to the market.  Given their higher input costs, one could expect prices for OCTG and Line Pipe to settle into a range of $500-$700/ton above domestic hot rolled coil pricing.