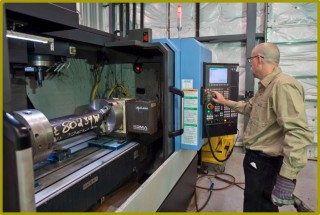 The long-awaited steel market correction has not shown up yet, but it is certainly waiting in the on-deck circle.  Hot Rolled Coil continues to hold above $1,900 a ton and seems to be facing quite a bit of resistance in moving below $1,900.  However, the forward curve has gone into even more extreme backwardation.  Current 12-month strip pricing sits at $1,339 per ton with October 2021 contracts priced at $970 per ton.  We expect consumers to lock up more tons than usual in contracts, with additional volumes being secured through open market futures contracts.  This should limit the spot market demand which will push the spot price towards the mill contract price.

The question remains when will the awaited correction occur?  As noted in previous updates, extra capacity coming online (Steel Dynamics and Nucor in particular), as well as the likelihood of imports coming in significant volumes at the start of 2022, still make the first or second quarter the timing for a price retraction.  There is the possibility that premium steels, such as API grade or painted coils, will hold onto premium pricing until the new melt shops can work up to the tighter tolerance requirements.  This would push out the price correction to the third or fourth quarter.  In the meantime, the spot market will continue to command a record price.

As anyone who has recently sourced pricing for OCTG or Line Pipe could tell you, pipe availability is as tight as it has been in over a decade.  Prices have responded to the tightness in the market and are pushing higher than $2,500 per ton for many OCTG items, but they do lack consistency.  It is not uncommon to receive pricing for the same item hundreds of dollars a ton apart from one supplier to the next. At some point there will be significant pushback from operators, however, that will be difficult with the number of drilling programs currently looking to secure tons for the first half of 2021.  It is unlikely that any pricing declines will occur until at least the middle of 2022.  The market will not decrease until supply can keep up with not only current demand but also the steady increase from increased operator activity.

The market is starting to receive more tons even as of this month.  OCTG import licenses for September were up 94% for September from August, which if matched by actual shipments would be the highest level since 2019.  Domestic shipments increased 14%, almost entirely made up of a ~20,000-ton increase from seamless manufacturers.  Domestic ERW mills continue to struggle due to the record-setting HRC market.  That situation should be working itself out over the next few months, as the pipe to coil spread should allow ERW mills to participate in the market.  If the HRC market retreats along its forward curve, you should see significant increases in supply from the domestic ERW mills.