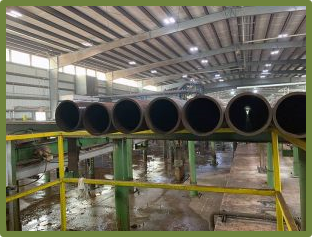 HRC hit its peak price of $1,965 per ton back in September of 2021.  Since then, we have officially crossed into correction territory yet remain at record high pricing.  Domestic mills are grappling with cheap imports, relatively re-stocked inventories, and short lead times.  Import prices for HRC to Houston are sub $1,200 per ton.  Although this is a significant discount to domestic coil, the longer lead times increase the risk of the pricing being underwater by the time the coil arrives.

Domestic mill lead times depending on the product are in the six-to-eight week range.  As far as pricing goes, the forward curve remains in steep backwardation giving pause to most strategic buyers, the 12-month strip is currently at $927 per ton.  Moving into the summer and latter half of the year we believe that steel pricing will continue to move towards normal levels, however given scrap’s relative structural strength level there will upward pressure anywhere close to the $900 per ton level.

On the trade side, the recent and the current discussions regarding tariff rate quota agreements with either the U.K. or Japan if successful, would have little downward pressure on pricing given their volumes.  These represent good political fodder, but like the E.U. agreement do not represent a large enough volume to put downward pressure on the overall market.

The pipe market is in the same state the steel market was last summer.  Pipe can be had, but it is subject to the price willing to be paid.  OCTG pricing continues to run up, and as noted above carries a significant spread depending on the item and time of day.  The steady but continued uptrend in the rig count has absorbed all the increase in shipments, leaving on the ground inventory effectively flat for the past few months.

Line pipe on the other hand has somewhat steadied as long-awaited, speculative, import cargos have started to arrive.  With that being said, the line pipe market remains subject to spot availability, which remains thin.  Throughout 2020 and 2021 the small OD line pipe market has not truly recovered, should demand start to pick up it should be expected for pricing to meet or beat OCTG pricing.  Moving forward, expect domestic ERW mills to step in as the decrease in coil pricing will provide a much-needed opening to retake market share.

A tug of war between increases in demand and supply recovery should hold the market at an elevated level at least into the latter half of the year.  Should the upstream activity move towards 2019 levels, restrictions on imports will lead to ever increased pricing regardless of what happens in the overall steel market